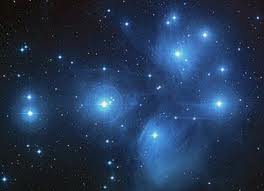 Our Collective includes some names you are familiar with ~ Archangel Michael, Reshel and Metatron (feminine and masculine aspects of the Universal Architect), and legions more than you have ever heard of. Even the names mentioned here give only an iota of an inkling of the powers that reside within these names known thus in recent human history.
The energies of 2012 continue to accelerate - a time of exponentially increasing frequencies of love and light.
This wondrous and amazing journey is full on.  Humanity and we guardians and shepherds of your journey of light are sharing and co-creating this grand experience of the Creator's loving intention.
2012 will expand the unfolding and interweaving of the earth plane with the galactic forces of light through the expansion of the Light Codes of Cosmic Consciousness.
We remind you that some of you embodied ones on planet earth are from our ranks before and after your precious earthly incarnation whether you choose to remember or to forget this affiliation during your earthly sojourn.
It is to this grand stance that we have now come.  It is the time of the seeds of the light codes on your very precious, gifted, and endowed planet to begin to manifest their gifts. To awaken. To sprout.
You know that seeds of the plant kingdom on your planet remain dormant  until such time as conditions are right for them to sprout - rather it be the manifesting of a tomato, a head of lettuce,  a coconut, etc.
Each seed has its own intelligence and codes and is connected to light grids of its species to "come to life" at the right time and space for its own awakening. Gardeners know it is not just external things such as temperature that effect the time of sprouting. Even living plant seeds within an artificial environment such as a refrigerator - cut off from cues of sun rays and daylight hours - will begin to grow at the right season for their life cycle. This activation phenomenon shows that the plants are connected to a higher informational energetic grid that is beyond the 3D observable physical reality.

Similarly, it is for you, Dear Humans of the Cosmic Family of Loving Light.  Many of you carry the seeds of the new divine and golden age within the complex of your energetic grids and bodies. Most of you have not remembered that you carry these light code seeds within you. Yet the divine intelligence that governs these codes knows full well when the time is ripe - the awakening time to release and unleash the cosmic power of manifestation that is held within these cosmic light code seed forms that you carry.
While some incarnated with the light codes embedded in their system, others are downloading these codes from the power portals of the planet, or are receiving them from their light guides during meditation transmission sessions - in waking or sleep states. Some are receiving them from the light grids directly.
The name of these seeds is The Light Codes of Cosmic Consciousness.
Just as plant kingdom seeds are connected to their energetic information grid, so the light code seeds within you are connected to the divine intelligence of the cosmic and galactic grids.  They have the innate intelligence to awaken and develop at the right time in the right place.
The earth and all her inhabitants have gone through the Great Cleansing the past few years.  We do not have to tell YOU that! You have felt and experienced the deep cleansing in the very depths of your souls - as well as in the depth of your cells. Ditto in your minds, hearts and bodies as you continue to shake off the older historical denser energies of the 3D experience - just as a dog shakes off the water after getting wet.
Mother Earth now is experiencing her great cleanse as waves after waves of cleansing energies rush through her weather patterns, pushing accumulated karmic debris out of the way and into the oceans and the air where it can be aerated and cleansed by the divinely-appointed organisms that live there just for that purpose.
The force of the wind assists in churning and swirling old energetic holding patterns - bringing newness upon the land and the peoples.
transferences into third dimension from higher galactic sources.
We remind you that you have the free will to accept these shifts of the grand plan (even though they are experienced traumatically for many on earth right now) or you can choose to grow and adapt to all the changes and adjust to the new energies (recommended by us).
You who are reading these words are among those who have chosen to adapt and to shift.  For this grand decision, we congratulate you!
Among you who have chosen to shift are the carriers of the new codes of light to assist humanity and the earth to align with the new frequencies, rays and energies that are coming onto the earth plane as we speak.
These Codes of Light are multidimensional quantum geometrical energetic patterns of irradiating seeding cosmic intention.  These codes are propelled with living light and made of cosmic substances capable of galactic interweaving.
They adapt to changing conditions which holds the structure and form to manifest the new vision for your planet.
They vary in their structure, form and activity in keeping with their unique intention and purpose.

HOW YOU COME TO HOLD LIGHT CODES
Many of you carry light codes in the centers of your spiritual DNA strands which were implanted long ago before your embodiment. Some of these codes have been held in abeyance through their dormancy periods embedded in some humans' DNA - just as some seeds can remain dormant on your planet for hundreds and thousands of years until conditions are ripe for their sprouting.

Other codes are being released, and have been being released for several years through the portals of sacred sites - which serve as inter-dimensional and galactic doorways. Many have been guided to visit sacred sites and perform rituals that activate the receptors within you to receive the implantation of these divine Codes of Light.

PAT CROSBY has traveled in sacred sites, meditated, and taught healing for over 30 years in 4 continents while studying with masters in various planes of consciousness.  Combining a background of Ph D studies in psychology, a successful business career, running a healing center, she now serves as a voice for messages from exalted higher planes of consciousness to help humanity through the magnificent 2012 doorway
READ FULL BIO HERE

Posted by How to Raise Your Vibration By Sabrina Reber at 6:05 AM