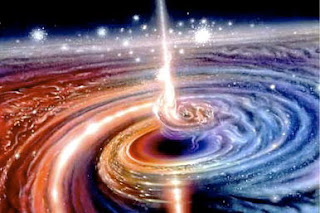 Article on Portals From EvenStar Creations
http://www.evenstarcreations.com/index.php?option=com_content&view=article&id=118&Itemid=93
PORTALS - DIMENSIONAL DOORWAYS
Portals are vortexes of spiralling energy points, like chakra or acupressure points in a human, this energy moves clockwise with gravity and anti-clockwise with anti-gravity. There are Crystals within the Earth there that receive and transmit energy, assimilate it and send it through the Grids, as well as storing, amplifying and focusing energy. They are aligned to our Solar System, Galaxy and the Cosmos, often aligning to a particular Star System and are Electric, Magnetic or have both qualities. The Electric vortexes are male energy, giving emotional and physical charge and stimulating the consciousness. The Magnetic are female energy, which enhances psychic perception and the sub-conscious, or Electromagnetic vortexes that combine both energies providing balance.
There are major portals such as Uluru in Australia, Mt Kailash in Tibet, Macchu Picchu in Peru, the Giza Pyramids in Egypt, Sedona in Arizona USA, Stone Hedge in England as well as many other major as well as minor portals. Many of these are classed as chakra points for the Earth or for the particular countries that they are in, there is sometimes differences of opinion on this, but regardless it is better to stay in your Heart and trust what feels right for you. It is not necessary to visit any of these places, but often you may be drawn there in a Soul Travel or in dream state. These places do hold incredible energy, activate, and awaken those who travel either physically or in Soul Travel to them. This can often be the case when people are not spiritually awakened but go there, then years later when they wake up consciously they realise that by going to these places it had an affect on their energy field and consciousness and would have been part of their awakening process.

Some portals are aligned to different Star Systems and it is easy to access these when you are at one of these; for example the Mayans Pyramids at Palenque are a doorway to the Central Sun Alycone, at Coba to the Pleadian Star System on many different dimensional levels and also a starmap of this Galaxy. At the pyramid in Lake Coothraba in Queensland a doorway to Andromeda, the Giza Pyramids to Orion and Sirius. The Nasca Lines to many different Star Systems, at Kuringal Chase National Park, Sydney to Ophiuchus and Serpentine National Park, Western Australia to the Southern Cross. So accessing these doorways is very easy at the locations they are mapped onto the landscape on Earth, but when you are clear enough you can travel through these Stargates regardless of where you are.
Most portals will call you when the time is right, and if you honour this you will receive an amazing shift in conscoiusness, one place I wanted to go to; Armanath Cave in Kashmir, where Shiva and Pravati come down and anchor immortality on the earth plane never happened. I was in Kashmir in 1994, 95, 96 and each time I asked my inner self if it was apprioate to go, each time I got NO. The militants shot dead pilgrims the first two times and the last time they allowed the pilgrims to go, but a great storm came and landslides killed 600, the place definitely wanted to be left alone. Or like Uluru the first time I went in 1989 I was totally transmuted in the way I did my healing work with others. Then on the Blue Full Moon and March Equinox 2000 I was invited by the Guardians again, made the star essence of the Southern Cross with some of the rock on the rock, then went walking over to the next location on it and all the tourist had gone, I was there all day on my own, these beautiful flowers growing on the rock called me over to go in the essence as well. Then the Aboringal Woman on the inner planes called me over to this pool of water (it had been raining out there, which was very rare) and I was naked in the sacred water on Uluru for the Blue Full Moon and Equinox all on my own, I felt so incredibly blessed to be given this gift by the Guardians. So if you listen and go when guided it can have a profound affect not only on your life but also with your planetary service.
Some portals are doorways to Light Cities and on the Wesak Full Moon May 2000 I was called to Mukinath 5,000 metres high in the Himalayas in Nepal bordering Tibet, as the Shambala energy came into the planet, this was a doorway for this to anchor on the earth plane. At other portals it may be time to return things for example one experience I had in 1996 was returning Moses Staff to the Sirian Light Ship in Kashmir at Moses Tomb. This was a very tricky situation as tourist were not allowed to go there due to the war going on, but I knew I had to, all my Kashmiri friends were convinced I would be killed or taken, but of course I got there against the odds with ease as I was supported fully with this mission in the higher dimensional worlds. Sometimes the energy may need to be closed, like the Pyramid in the Bermuda Triangle that was sucking in all the airplanes and ships into it. When on any of these missions it can only succeed when done in alignment with Divine Will, allowing and in total connection to Source and the Guardians of these places, Councils of Light and all others involved on all levels.
There are also portals that are reopening like the Light City in Antarctica and being reactivated for the earth changes, or ones that are anchoring in vast energies for the changes like Tikal in Guatemala. Often there are Councils of Light that work at these portals, as they are dimensional doorways that the ground crew can access the energy and it can be downloaded. Often there are codings that need to be activated like the top of the Himalayas in Kashmir with the border of Pakistan and the Source of the Ganges with the Living Library of Light, these activations happen at Solstices and Eclipses and times when the energy from the Greater Central Sun can illuminate easily through the doorways to the Earth plane. Often codings from one place will be required to be linked to another by a ground crew person travelling the Grids doing this.

There are also new portals being made very active as we are now aligned to the Second Sun and the Galactic Centre such as at Rainbow Beach Queensland and Lake Waikaremona in New Zealand. Portals will also often have Light Ships or Mother Ships over them or they are doorways for ships to come out from the Inner Earth. Then there are the Serpent tunnels and these can only be travelled through when we are vibrating at a higher Light octaves, there are doorways into these tunnels at special locations such as the Potala at Lhasa, or through the Andes, or through India to Australia which are in a higher dimension and one can travel the tunnels through the Earth and into the Inner Earth. There are also cities and civilizations under the Earth at certain locations such as Mt Shasta, these portals are often at sacred rocks or mountains. So these portals are doorways for many dimensional worlds that interface with the third dimension. Some of the very old portals are also now transferring their energy to other new energy places; this is particularly true of the Northern Hemisphere ones as the Southern Hemisphere is bringing in the new energies. A lot of these old portals are still being fought over by beings still hooked into the duality dramas of Light and Dark, like the Sinai Desert or Iran - Babylon. Whereas the new energy portals operating in oneness and are hidden to most, as some people are still seeking to get something rather than being of service, trusting and holding oneness, so there is a major reshuffle going on at present and many astral dramas as this game of duality has its final throes. A lot of these new energy portals are not even sensed by people unless they resonate in unity with their being and all creation
This link will take you to Earth Keeper, James Tyberon's list of HOT SPOTS for the NEW EARTH: http://www.earth-keeper.com/articles.shtml
This is a huge archive for Sacred Spots on the Earth. They are Places of Peace and Power. You can explore this site and click on the appropriate destination to find the exact location on Earth for specific sacred areas located next to you.
http://sacredsites.com/
Posted by How to Raise Your Vibration By Sabrina Reber at 2:23 PM