When We Ascend Do We Still Stay On The Earth With Those Who Have Not Ascended? 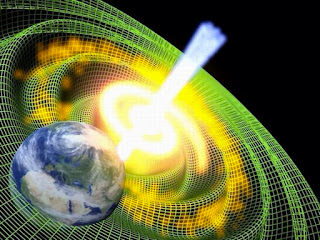 QUESTION: I read on a post about Ascension that when people ascend they will continue to live here  with the people that are still stuck in 3-D. That would mean the ascended will still be living in violence etc....  Is this true?  It seems this is not completely correct.  If a person has moved above the old ways of thinking and into a higher form of consciousness, then it will be very hard for them to relate to those stuck in 3-D.  I would think it would be like living in "hell" to those who have ascended.


There are a lot of different beliefs about what ascension is. And to be honest, I can not tell you for sure that my belief is the highest and most accurate, as truth is relative to our state of consciousness and level of vibration....however, I can share with you my own personal ascension and what I have come to understand what ascension is from my own higher self and the spiritual teams that I work with. From what I understand, there is "personal ascension" and "planetary ascension".


We will talk about personal ascension first......and to be honest with you, personal ascension is an ongoing event. The soul is constantly ascending. At this time on our planet many of our soul's are moving into “completion,” meaning that we will be transcending and healing 51% of our karma or distorted energetic imprints that are held within our chakra system. Right now we are experiencing a lot of chaos on the planet because a large portion of us are being purified and our distortions (negative feelings, emotions, thoughts, beliefs, karma etc..) are coming to the surface to be released. Oftentimes, this will surface as irritation, anger, extreme emotional instability, confusion, bodily aches and pains etc....not to mention that our spiritual teams are drawing situations to us to help us balance our karma or unbalanced energy from all of our previous lifetimes...we are having to prove that we are learning and transcending the need to re-create additional karma. We are being purified and our vibrations raised high enough for our spiritual self to be able to safely merge with our physical being breaking the seven seals over our chakra system that have kept us limited, veiled and stuck in the reincarnation wheel of duality. When the spiritual self merges with the physical being it is a huge energetic blissful, powerful event ~ many people will call this enlightenment, satori or unity consciousness where we will have the experience of our unity with all beings.... including the Creator Of All That Is ~ this is what I call the FIRST major aspect of ascension where we begin to rise above duality because we will no longer be solely working from the ego....at this point our soul will be activated, soul memories returned and our spiritual self, as well as, our ascended spiritual teams will begin working with us to help us assist humanity with their ascension as well. So technically yes, those who have attained personal ascension will remain with those who have not ascended because part of our ascension role is to be of SERVICE to those who have soul contracts to ascend with the planet.