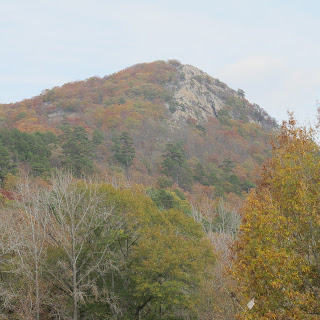 I have just returned from my amazing weekend in Arkansas with Earth Keepers and Max the Crystal Skull for the 11-11-11 activation ceremony of the Crysto Sun disc located inside Pinnacle Mountain. Pinnacle Mountain is in the shape of a pyramid and it use to house one of the many colonies from Atlantis and Lemuria. During the Fall Of Atlantis many colonies broke apart and many of the powerful crystals that were used for light filled purposes were removed and hidden in secret places so those who had corrupted Atlantis could not gain control or destroy all of the power crystals from the “Law of One”. These crystals were hidden and were placed in dimensional locks so their power could not be abused, but would eventually be unlocked within divine timing by those souls who would rejoin during sacred ceremony all across the world in remembrance that it was part of their sacred mission to once again return the planet to it’s original divine blue print of love and unity.
In Arkansas 3 major mega crystals were hidden :
~ The Blue Crystal of Knowledge which would be activated on the 8-8-8
~ Emerald Crystal of Healing which would be activated on 9-9-9
~ Platinum Crystal of Communication which would be activated on the 11-11-11
The next activation ceremonies will be held all across the world on the 12-12-12 in preparations to activate the planet for ascension activation on December 21, 2012. These activations are opening up portals on the planet so we can receive more LIGHT....more crystalline energy....a higher consciousness and deeper connection to Spirit so we can return to unification with our higher self and ascended aspects of ourselves who guide and direct us towards our en-lighten-ment. Although the planet will be fully activated on December 21, 2012 it will take time for everyone to fully integrate the energies before the mass ascension of the planet can occur. We have personal ascension....which has already occurred for many, and will be occurring for many more over the next few years and we also have  planetary ascension where the whole planet will rise from the 3rd dimension to the 5th Dimension. Ascension is occurring NOW for those who are willing to do the work. Release your attachment to where you should be, and simply stay focused on the now.....one step at a time. Ascension is about removing the shadow that covers your LIGHT. With every activation and with every person that awakens, it creates a group momentum and before you know it, through group resonance, we will return this planet back to a place of love, connection and unity consciousness.
Here is a picture before the ceremony took place at Pinnacle Mountain: 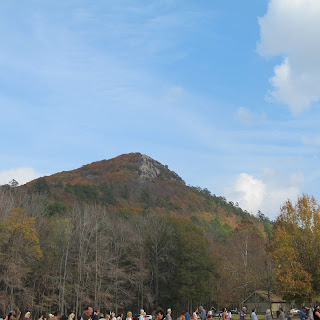 After the ceremony, which was filled with blessings from above, the portal was visible for all to see ~ here is the picture.....look for the X which signifies 2 pyramids on top of each other: 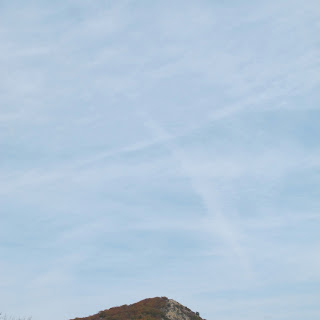 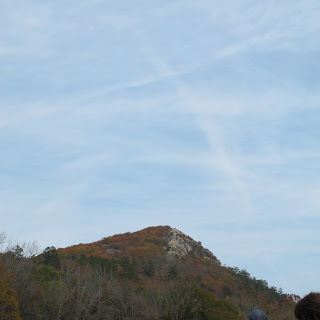 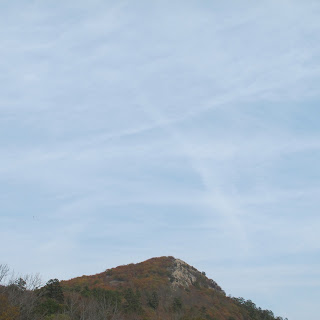 The portal was opened and it symbolically represents the "As above, so below" axiom......Heaven and Earth energies are merging....two pyramids join together. The downward triangle or pyramid represents spiritual consciousness/Heavens being dispersed to the Earth. Spirit and Matter are becoming one. We all have this potential NOW....the energies have been activated for us to receive the energies of our higher consciousness into our physical being NOW.
Stay dedicated to your spiritual practice....unveil your shadow consciousness ~ you are returning to your TRUTH. Know with great FAITH (not egoic expectation) that you are ascending your consciousness to your divine blueprint.....you already are divine, you are simply  re-member-ing your consciousness and bringing it out of duality into unification. NO ONE will be left behind....unless that is what you want ~ and I promise you, for those who choose not to ascend this time..... the Creator loves you so much, you will be given another opportunity.  All beings and all things, no matter how dark they are have an imbedded desire to return to the LIGHT, and the Creator loves each and every one of us so much we will be given as many opportunities as possible to return to our original state of being.
Know you are loved,
Sabrina


ATTENTION: Just for those wondering....those are not chem trails. The portals were just above the mountain tip....very, very low. We were fully supported by Spirit and it was absolutely silent in the sky. Not one plane flew close to the area during the entire 2 hour ceremony. It was a very sacred event.
For more information on Earth Keeper and their wonderful Sacred Gatherings Please Click Here:EVENTS EARTH KEEPER
For more information on James Tyberonn, founder of Earth Keeper, who channels Archangel Metatron: James Tyberonn
For more information on the history of Atlantis, Planetary Ascension, Sacred Spots and Sacred Geometry consider purchasing James Tyberonn's Books or his DVDS containing the Metatronic Keys for Ascension: Books and DVD'S
Posted by How to Raise Your Vibration By Sabrina Reber at 5:28 PM