Rapid Shift in Consciousness can create a Transitional Crisis. 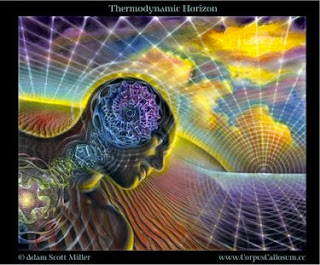 Rapid Shift in Consciousness can create a Transitional Crisis.
By Celia Fenn
http://starchildglobal.com/

I have been asked by Archangel Michael to write this article in order to help the many people who undergo the experience of a rapid shift into multi-dimensional awareness, or, the shift from the Indigo state to the Crystal state of consciousness.

There are people who make the transition in a relatively gentle way, but there are many who experience a crisis when this happens. These are usually the people who have chosen to open up to the higher dimensions. This choice is not made logically by the rational mind, but is rather a soul choice made in response to the available transitional energies of the Earth herself. So, sometimes a person is thrust into psychological, emotional and bodily changes for which they can find no logical explanation. This can cause a crisis. My experience has been that orthodox doctors and psychologists are of very little help as they have no idea of what the person is experiencing. When tests come back negative, the person is often considered to be hysterical or ungrounded or even schizophrenic.

This transition often happens to people who have been on spiritual paths and are better equipped to handle the shifts. But, my experience is also that Indigo Children, no matter what their state of spiritual awareness, are particularly vulnerable to the spontaneous experience of transiton or breakthough to the awareness of higher dimensions. I must also add that the use of any kinds of drugs, fairly common among Indigo adolescents, quite often precipitates this transitonal crisis before the person is really ready to deal with the effects.

Below are a list of the symptoms experienced in the process of crisis or breakthrough:

Sudden extreme sensitivity to people and environments. A person who has previously been sociable and active suddenly finds they can't bear to be in shopping malls or in crowded environments such as restaurants.

An increase in psychic ability and awareness. This most often manifests in the ability to almost "hear" the inner thoughts and feelings of others. This can be disconcerting if the person imagines that everyone else can also read their thoughts and feelings. Also an extreme sensitivity to negative energy in certain environments or people, including the inability to tolerate certain people who had previously been close.

This increased sensitivity can lead to panic attacks or anxiety attacks.
These can occur at any time, even when the person wakes up at night. Often there is no valid reason for the attack, although the person will often seek to find a reason.

The person might also find themselves "zoning out" for long periods of time, just wanting to sit and do nothing. This can be irritating to someone who has previously been very energetic and active. This is just the consciousness adjusting to spending more time in the higher dimensions and less time in the 3rd and 4th dimensions. Related to this is the need to rest and sleep for far longer than previously, and a general slowing down.

Obssessive anxieties about humans being destroyed (by pollution, lack of resources, aliens, technology etc). This is because multi-dimensional consciousness can access all levels of the group mind, including that part which holds the fears and anxieties about the survival of the species. Since the person is often concerned about their own survival, they tend to resonate with this part of the group mind or morphogenetic field.

An obssessive need to understand what is happening, leading to the mind becoming overactive and the person fearing they are losing it or suffering from "burn-out". Also a fear of going mad and being unable to cope with everyday life in the future. Again, psychologists and doctors seem able to offer very little help.

Depression for no reason, or related to the crisis state. This is often just the consciousness clearing out old layers of energy that need to be released. It is not necessary to "process" or relive the experience, just allow the body to release the energy. Have patience with the process and know that it will pass.

Disrupted sleep patterns, often waking up to 3 times a night, or just at about 3am. Again this is just the consciousness adapting to new cycles of activity. Higher consciousness is often more active at night since the lower dimensions are quiet at this time.

Feeling strange electrical energy waves through the body. The Crystal body is incredibly sensitive, and feels solar and lunar waves, cosmic waves, and energies from the galactic centre. Often these energies are assisting in the process of "rewiring" the body to carry higher energies. Speaking from experience, I know how uncomfortable this can be. But the body eventually acclimates to dealing with these energy waves. You will probably find them to be more intense around Full Moon. The best way I have found of dealing with this phenomenon is to go outside and stand barefoot on the ground and imagine the energy running through your body and into the earth.

A whole range of physical sensations and experiences, usually related to detoxification. The Crystal body holds no toxins, but allows everything to pass through it. In fact the eventual trick to being Crystal is just to allow everything to pass through and hold onto nothing. The ultimate state of detachment. But at this stage the body needs to release years of "toxic" waste, whether physical, emotional or mental The release is always through the physical body, which presents symptoms such as intense fatigue, muscle and joint pains especially in the hips and knees, headaches, especially at the base of the skull, and neck and shoulder pains.

Dizziness and "spaciness". This is because you are in "higher" states of consciousness. You need to get used to being at these levels and staying grounded at the same time. These sensations tend to increase with solar flares and full moons as well.

Increased appetite and putting on weight. This is because the body needs huge amounts of energy to power this process.

The ability to see beyond the veils. That is, to become aware of spirits, devas,E.Ts and angels as a reality and to communicate with these. This can be very frightening if the person is not accustomed to this kind of other dimensional awareness.

Coping Skills for the Transition

The best advice I can give is to be accepting of the process and do not resist. My own transition has been going on for nearly 18 months (this was written in 2003). I found that the key was acceptance. I kept hoping that I was going to wake up one day and feel "normal" again. It was only when I accepted that I would never again feel "normal" as I knew it, that I was better able to feel more comfortable in my new space and to cope better. Then you can begin to explore the adventure or the positive side of this new state.

Below are some tips for dealing with the transitional crisis:

Be at peace with what is happening to your being. You are becoming a Crystal being. Another term for this is a "Christed being", which refers to a mutli-dimensional being with full access to 9 dimensions, and maybe even 13. My experience at this point is that some people only open to 5D, others go through to 6D. If you make it through to 6D then you will probably achieve full 9D awareness in this lifetime, if not in the very near future. What a privilege and a blessing!!

Be kind to yourself and nurture yourself. Remember, as a Crystal being you carry an equal balance of the "mother" energy and the "father" energy. The mother says, nurture yourself as you would a new-born baby, for in fact that is what you are. You will need time to grow in strength and learn the skills of your new environment. Trust is very important here. I made the transition as a single self-supporting person in my own business with very little resources. I was terrified that my physical state would prevent me from earning enough to survive. But I was held though the process, and still have my home and I have always had enough although there have been some close calls.

Don't take drugs of any kind if you can help help it. Obviously if you are on medication for your health then you will need to continue. But do not take recreational drugs of any kind, these will aggravate the process and you could get lost "out there" in the higher dimensions. Also try to cope without anti-depressants or tranqulizers, although again if you are on these you will need medical advice and should not just stop them. The best path to take is to use homeopathic and naturopathic medicine, and I have found that Flower Essences are very helpful as well.

Avoid crowds and crowded places. I have perfected the art of the weekly one hour shopping "blitz" in order to care for my needs while not spending too long in tiring and toxic environments. Gradually you will be able to tolerate more and more exposure to these environments. The key here, of course, is to hold your own peace and harmony so strongly that instead of you being affected by the environment, you in fact affect the environment in positive ways. The Crystal person always holds and carries positive energy, but you will learn to use it in incredibly powerful ways once you have gained your balance and are able to move among people again with ease.

Stay grounded and centred. This can be very challenging for those who are acclimating to higher dimensional awareness. You will often feel dizzy and spaced. But try to pay full attention to the physical and grounded aspects of life. The key here is to spend time on exercise, walking, food and artistic occupations. Don't spend hours in front of the TV or lost in computer games. These will only serve to increase the ungroundedness.

Spend as much time as you can in Nature. You will find spending time in fresh air and sunlight will assist to strenghten the new bodies. Also the devas are there to support your processes.
Eat simply and eat as much fresh vegetables and fruit as possible. I have been told by guidance that brown rice and vegetables are the best kind of food for this new body. However, indulge your cravings - mine have ranged from calamari to chocolate cake. This is not the time to diet. Your body needs huge amounts of nourishment to fuel the processes you are passing though. You may even put on weight, but you will need to accept that this is part of the transition.

Finally - Celebrate your transition. You are becoming a Galactic human, the next step in human evolution! You are entering into your birthright.
WELCOME HOME, HUMAN ANGEL.

Posted by How to Raise Your Vibration By Sabrina Reber at 1:35 PM